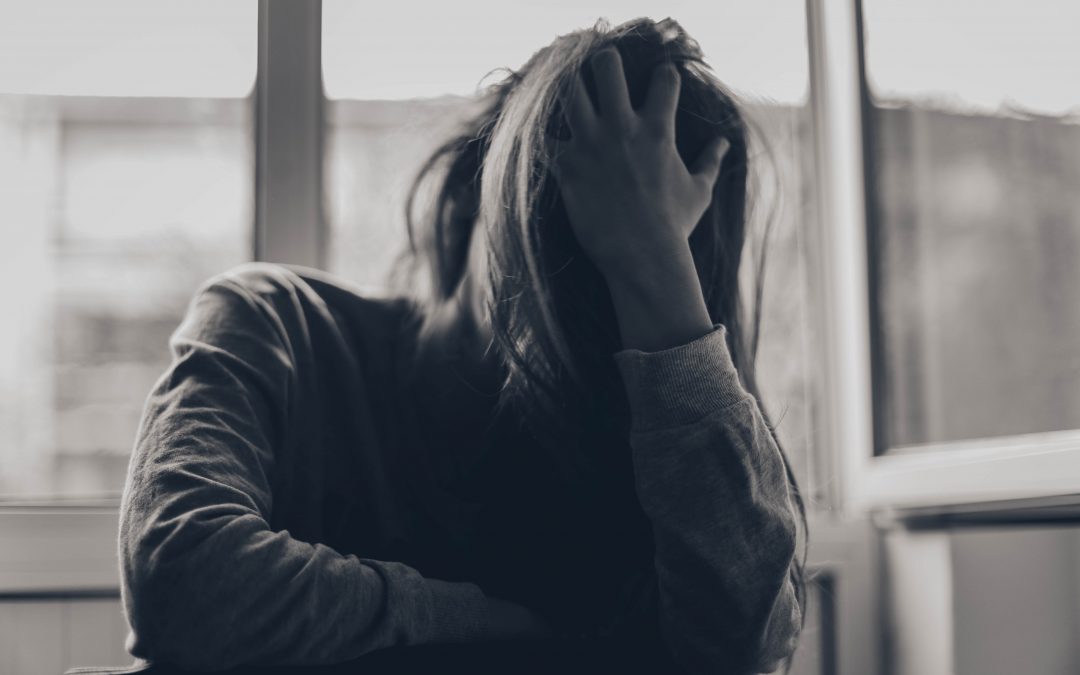 Warning: What you will read below is a tiny but very sickening insight into the abuse suffered by Lighthouse Associates and clients at the hands of malignantly toxic family members behind the Daily Mail article and overall smear campaign against Lighthouse International Group. The abuse is horrendous and for the first time we are now starting to share why they are so intent on trying to destroy us. We have dark, sick secrets of their abuse of us that they never want to come out. You must now come clean, stop projecting your own shame and guilt onto Paul Waugh, Lighthouse and the good-hearted, hardworking souls here. You know who you are. We pray for you 🙏 Our door is always open, but we will no longer carry this tortuous burden of your abuse any longer. Freedom...

Over the last 18 years Lighthouse International Group, its partners and its clients have undergone extensive levels of abuse from those who, in the last couple of years, have embarked on a maliciously false smear campaign with the blatant intent to try and cover up their abuse by attempting to discredit and ideally destroy Paul Waugh and Lighthouse. The reality is that we are now stronger than ever!

These predatory trolls sought to legitimise their predatory trolling through the Daily Mail and caused immense distress to ourselves and our children as a result. Tom Kelly, Adam Luck and the Daily Mail have not only endorsed this malicious smear campaign but also backed the perpetrators of extreme childhood abuse and neglect. Tom Kelly deliberately ignored our warnings as to who was behind this article, including his sources! In our work at Lighthouse to help people optimise their lives and careers/businesses, nothing prepared us for the level of malignantly toxic family abuse and neglect uncovered including horrific abuse such as these:

“When I was a teenager my mother hijacked my Facebook account and sexted my partner at the time with pictures she insisted on taking of me in my underwear. This included my mother acting as me on Facebook and encouraging my teenage partner to send her explicit pictures and videos. My partner had no idea what was really going on, thinking they were messaging me. My mother also watched the explicit videos of my partner with me and encouraged me to share with her about my sexual experiences and things she had advised me to do! I have evidence of all of this including her attempts to try and smear Lighthouse to cover this up!”

A child raped by a family member was told by her parent she was ‘a naughty teenager’. The parents of this child have been amongst the very worst trolls of Lighthouse because they have the most to hide.

“When I questioned my upbringing, challenged my parents on it and opened up to my wife about the neglect and damage that was done to me as a child, they committed me to a mental asylum where I was drugged. Since then there have been times when I have challenged my wife and she has threatened to send me back to the asylum, not because I’m sick but because she wants to try and control me knowing how traumatic that experience was for me.”

“Despite admitting to the sexual abuse of us as her sons and that we needed psychosexual therapy, our mother then compounded our abuse by claiming we were lying and spewing this all over media. She has been one of the worst predatory trolls, including her being an anonymous source in the Daily Mail, because she has the most to hide in terms of her abuse of us!”

“When I was 3 years old, my mother was confronted by a nursery school teacher because I was turning up black and blue with bruises from her vicious beatings.”

“My mother fed me from a milk bottle for the first 9 years of my life and only stopped when I insisted on it, after fearing my friends would find out.”

“‘You don’t fucking care, YOU’RE A BITCH!’ was my father’s reaction to me breaking down in tears whilst organising files containing intimate details of his divorce from my mother. He’d asked me to do this for pocket money.”

“When I told my mother that I’d been raped as a teenager by a peer she said, ‘Well you know sometimes people can think that these things happened when they didn’t.’”

“When aged 11, one evening I heard the rattling of metal so went to see what was wrong and saw my mum standing there with a large knife in her hand saying to me, ‘I’m going to kill him’. She has been trying to kill Lighthouse too because she has so much to hide!!”

“After I’d been raped, the first thing my mother said is, ‘You shouldn’t have worn that dress.’”

“One of the biggest violations my birth mother said that crossed a line that ought to have never been said was if anyone, including my Dad, had ever sexually abused me/my sister, she didn’t want to know because SHE couldn’t cope with it!”

“One evening I suddenly saw my mum on top of my dad on the sofa punching him in the head as he, in his drunken stupor, tried to defend himself.”

“I asked my dad that if I was a drug addict, was going to die and desperately needed to go into rehab, would he want to know so he could help, he said, ‘I have finished my role as a parent and will not be responsible for anything in your life.’”

“I went to primary school not fully toilet trained and so suffered the embarrassment of wetting myself at school and on camping trips as old as 8 or 9 years old.”

“By the age of 11 I ‘hated’ speaking so much that I stopped and that lasted around two years. I only spoke when I had to, otherwise, nothing came out my mouth, just nods and shakes of my head. It was the psychological impact of what I was missing from my development as a child.”

“There would be times when my mum would go completely AWOL. When I was 11-12 years old my mum ran away from home to London for months not knowing if/when she would return.”

While the above is anonymous for now, we have written and audio evidence of all that is shared here and it will be used to hold malignantly toxic and predatorial troll family members accountable.

The brave souls behind these experiences will be sharing more about what they have been through as children and the lasting damage that has been done through their own personal posts and in the Waugh Rooms. We are sharing this publicly because we know it will give hope and inspiration for those who have tragically been through similar abuse growing up. Through our work at Lighthouse International Group we want to show the world that it’s possible to heal from childhood trauma and to then use the lessons to help others.

There’s been very good reason as to why the reality of the abuse suffered by those at Lighthouse has taken such a long time to be shared.

1. Due to the depth of abuse we have been terrified of our abusers who have decided to actively sabotage our attempts to heal and strengthen through our work at Lighthouse.  There are many terrifying experiences that aren’t shared above that will come out as we get stronger.

2. It has been incredibly traumatic to revisit these sensitive areas and be strong enough to share such intimate details publicly.

3. Lastly we desperately wanted to avoid this; no one wants to see such deeply traumatic abuses brought into the public arena. However, it’s now got to the stage where we need to defend the honourable work we do at Lighthouse in the most courageous and explicit way possible by holding our abusers accountable. We cannot let them as predatory trolls sabotage our healing and the healing of prospective partners and clients because they are trying to cover up a lifetime of abusing us.

After more than 20 months of defending our reputation, we are now publicly confronting the people and organisations that chose to side with malignantly toxic and abusive family members who are trying to cover over the abuse they’ve inflicted. Enough is enough!

The Daily Mail article sought to falsely portray Paul Waugh as an abusive conman through a manipulated 3-minute audio and numerous malicious falsehoods. The reality is that the greatest abuse came from the very malignant toxic families that are trying to destroy him and us. In addition to Jai Singh’s article directly addressing this audio in the Daily Mail article about Lighthous International Group, we will add that we have an estimated 600,000 minutes of transcribed calls where Paul Waugh is deeply supportive and encouraging of all Lighthouse Associates. It is ridiculous that an opinion of someone should be formed based solely on 0.0005% of recorded evidence that has been manipulated and presented without crucial context. Mel Francis has written about Paul Waugh’s repentant nature and willingness to take responsibility. Myself and other Lighthouse Associates backed Paul Waugh’s character through signed testimonies to completely discredit the ridiculous claims by those who hardly know him at all. Not only that, but Paul Waugh has publicly apologised and repented for his mistakes on Twitter for the world to see. This is an outright smear campaign against Paul Waugh and against Lighthouse!

The Lack of Repentance From Our Predatory Trolls

On the other side we have seen not one single genuine apology from the predatory trolls on Reddit, AKA our Predditors! Here’s a list of those who have felt completely within their rights to post malicious falsehoods about us and by extension endorse the past and present abuse endured by Lighthouse Associates and other Lighthouse clients.

Whilst a tiny proportion of the above have deleted their posts, there’s been no acceptance of responsibility so we are doing everything in our power holding them legally and criminally accountable to their actions.

If you are one of the people involved in the attacks online we ultimately want you to take responsibility for your actions, repent and make things right. We also encourage you to support your fellow assailants to do the same. You are complicit in the continued abuse of those who have come to Lighthouse to heal. We repeat, you will be held accountable for your actions.

If, on the other side, you are reading this as someone who has gone through situations equivalent to those in this post, or is in an abusive environment and wants to be supported to move into a healthier one through our mentoring, coaching, counselling and support communities, then we would love to hear from you.

Empowering conscientious people to identify and overcome the obstacles to their God given human potential! God Willing 🙏😀..

Ps it’s cheaper and quicker if the predatory Troll has posted from their phone rather than via a router with VPN onto a platform like Reddit etc..! ..